In August I listed all the things I wanted for Autumn/Winter, a few I got, a few I didn't. When the SS08 shows came out around October, I saved all the trends I liked and now that Spring is approaching I'm starting to hanker after them even more, especially as they slowly but surely start appearing on magazines and over blogs. So I'll chronicle them again, maybe not in a big list but a series of posts, so I can get a grip on my Veruca Salt worthy wants and needs. She gave me the idea to start a series called I Want It Now...

...the first want being a sheer blouse. I blame American Apparel for the rise in plain t-shirts that really are no different to any £2 Primark job. Their shoddy delivery means no purple figure skater dress for me *sniffle*. Anyway first on my list happens to be a blouse, preferably with a peter pan collar, to wear with the enormous pile of skirts I have. The troubles of a New Years Resolution of no black or white purchases means I'm after cream or possibly light pink. Unlike Chloe I do plan to wear a bra (and not show my underwear like at Miu Miu!) but at least all the vintage slips I never have chance to wear could be seen underneath. Also there's hopefully going to be a return of full sleeves; capped or puffed seem old hat compared to cute wrist detailing. I'll bring out my V&R for H&M shirt with the hearts on the cuffs once it gets a bit warmer- the sleeves play havoc with my 3/4 sleeve coat! 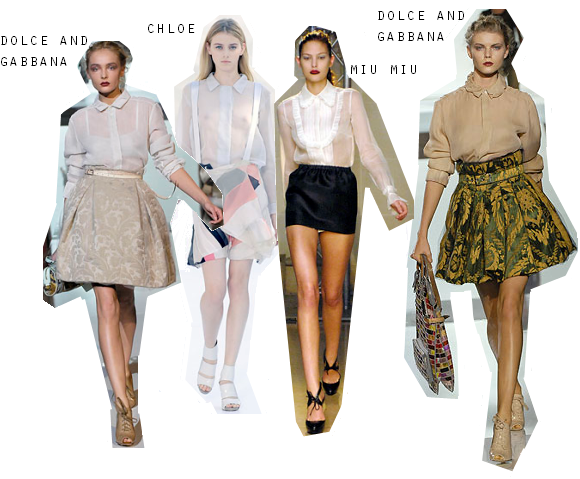 But there was so much sheer stuff out there, why stop with blouses. Sheer trousers could prove a problem and may end up a DIY project; in the least a sheer skirt can be attempted with a shorter skirt underneath or maybe pantaloons! Are there any sheer tights out there that don't snag on thin air? Anything under 20 denier is not an option for clubs or the bus but on the plus side you can get pairs with sexy lines up the back and bows at the back of the ankles! 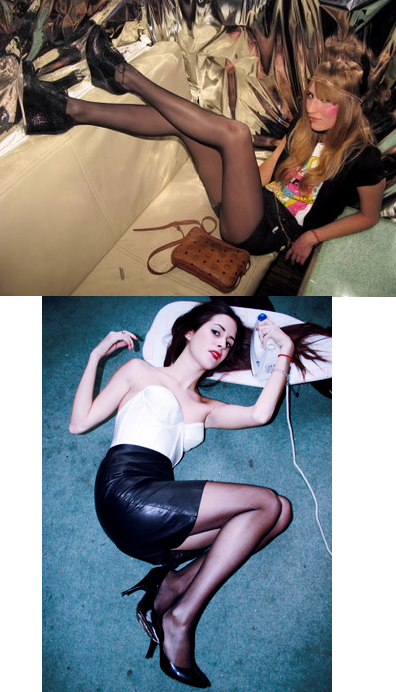