The New York Diary - My week in NYC, Day 6: Dancing with Miley 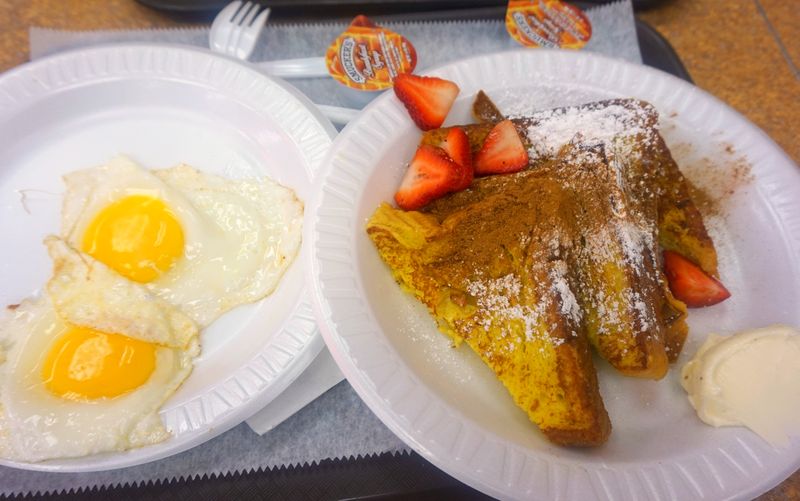 I'll being this day by saying YUM! Yum indeed. We strayed away from our bae breakfast spot Evergreens to go straight to our first day time destination, and took a chance to grab breakfast there. Again this was a traditional New York deli spot with the huge range of sandwiches, eggs, salads, pizza and beyond. They really know how to dine! I opted for my favourite French toast with eggs sunny side up of course, and I really credit it for never feeling hungover or tired despite partying throughout. My mouth is watering at this sight!

With bellies rounded and energies ignited, we continued on towards Ground Zero, the 9/11 memorial. I haven't included any photos here because it didn't feel quite right to edit a photo of a memorial as I began this post. We queued up for the National 9/11 Memorial Museum but found our Explorer Passes were only valid for the 9/11 Tribute Centre just across the street. This is a museum set up by the September 11th Families’ Association and focuses on the personal stories from all of the communities surrounding the tragedies. It felt much more encompassing to see such personal pieces of the events, including items and papers recovered from the sights and individual stories of those involved. After exploring the centre for around an hour, we were then booked onto a walking tour of the memorials. We each had headphones so we could hear our guides in our ear, rather than having to stand right by him, and of course the areas were still full of tourists too.

Tours are led by two guides and the first recounted his personal experiences of the events as a New Yorker, and what it symbolised for the city. He explained the events and picked out names of some of the individuals who were murdered that day. When he first said the word murdered I felt a pang of shock, but after hearing from the guide as the hour went by, the true sense of the events were overwhelming and as he stated, those involved were not lost but purposely killed, as hard as that is to comprehend. I definitely urge you to visit one of the museums or centres instead of just looking at the memorials as you cannot get a sense of understanding otherwise. My dad had told me that the guides of the memorial museum are survivors of the events, and I would urge you to consider visiting the Tribute Centre too and taking one of these tours for an even more encompassing experience. Soon into the tour, the second guide took over. She revealed herself to be a survivor of the attacks as she worked in an office in one of the towers, and she began to recount her memories of the day. She volunteers to do these tours and even now was so overcome with emotion as she told our group of around twenty people from all over the world about what had happened then and how it had impacted her life. The whole group was crying and it was such an intense and emotional experience. I wouldn't be able to describe the significance of the feeling that you walk away with, but our tour guide stepped back in and suggested the British people of the group visited the nearby British Memorial Garden. You add your country when you sign up for the tour so he meant us, and after the tour closed we did go visit the gardens. 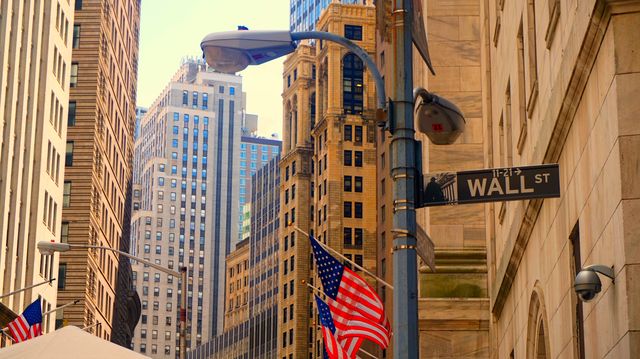 Wall Street is a stones throw away and we marvelled at the financial power district. We didn't see any wolves of Wall Street but we visited a Duane Read and shopped for more makeup and snacks. I mostly brought home sweets and snacks as presents, and I'll do a haul soon. 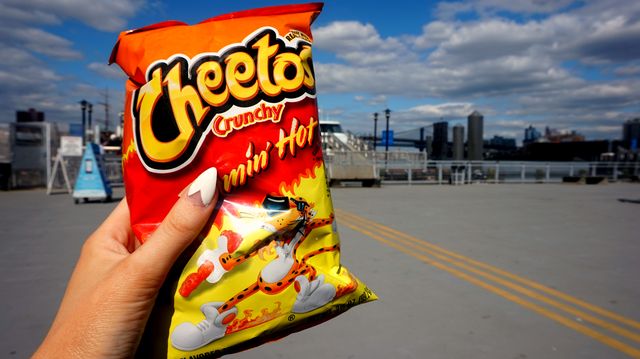 We made a move towards the Statue of Liberty and Ellis Island boat tour, but were a little too late. I was considering going off on my own instead and exploring Brooklyn or East Village but we hopped on the Water Taxi with our Explorer Pass and saw all of the sights! The boat is busy and goes super fast but it's an amazing way to see the island from different sides and drive past Lady Liberty anyway. I heard it's amazing at sunset too. When I was planning on visiting NYC alone, I wasn't sure I was too interested in the touristy things, but driving around Manhattan is hugely inspiring and breathtaking. The city definitely has an aura. 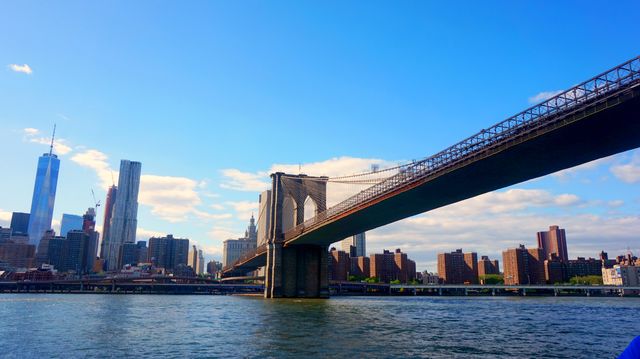 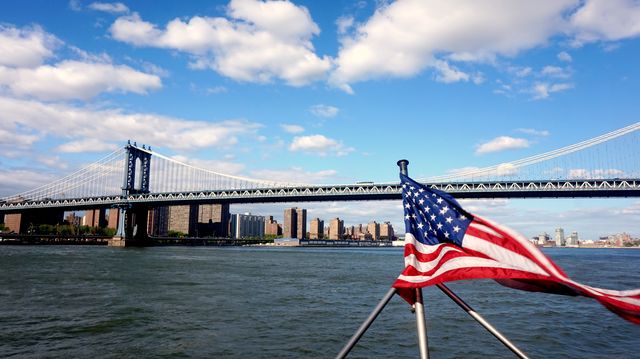 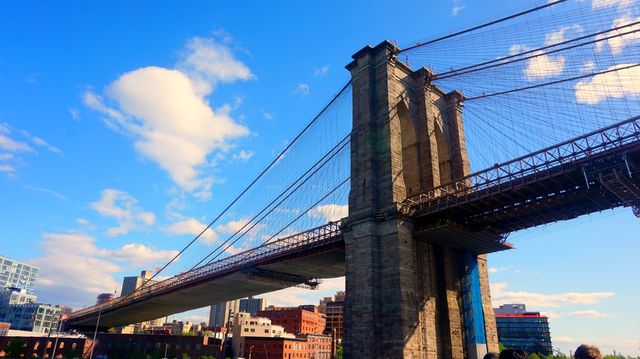 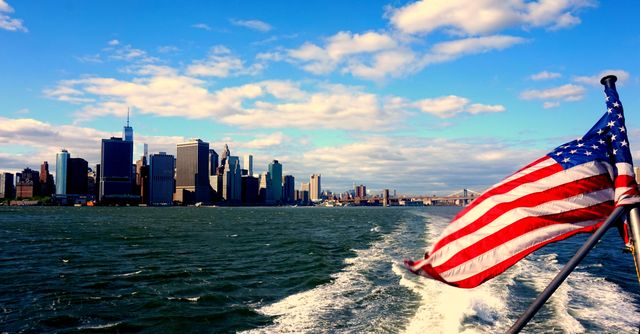 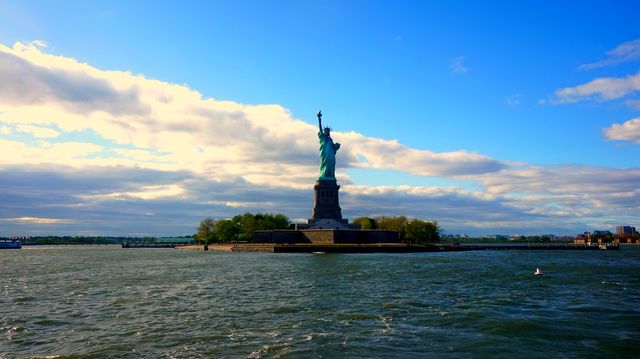 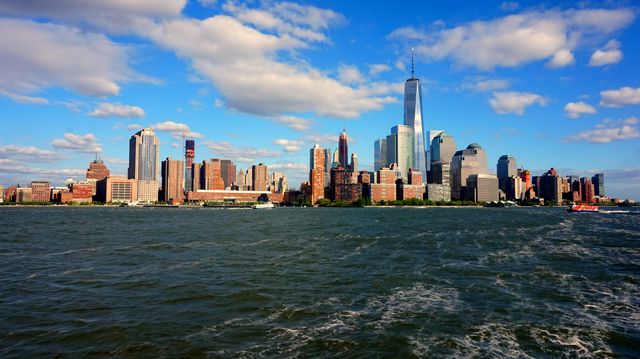 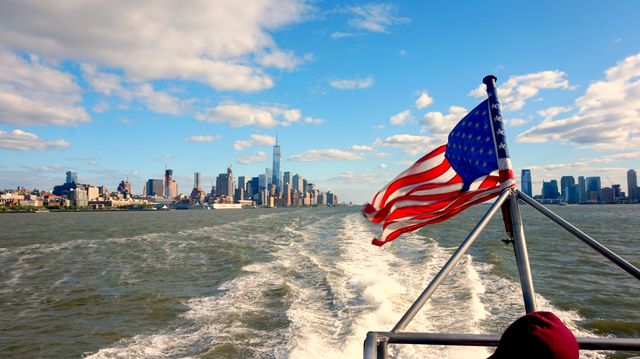 We arrived back to Times Square and looked for a pizza place as we fancied something satisfyingly filling. We ended up in one of the big chain restaurants which was decent, but I'll say again that staying so central meant the options were limited, and when it's dinner time, you want to eat right here, right now!

After the largest pizza EVER, we browsed Sephora again and hit the huge Times Square Forever 21 but honestly I was not inspired to shop for clothes there. There weren't any shops that I felt I couldn't shop at home or online, and I couldn't really afford to blow all of my dollars on items I wasn't looking for anyway. I wasn't disappointed but I'm probably spoilt by living in a city like Birmingham. I can see why Carrie wears a $10 dress with $400 shoes! 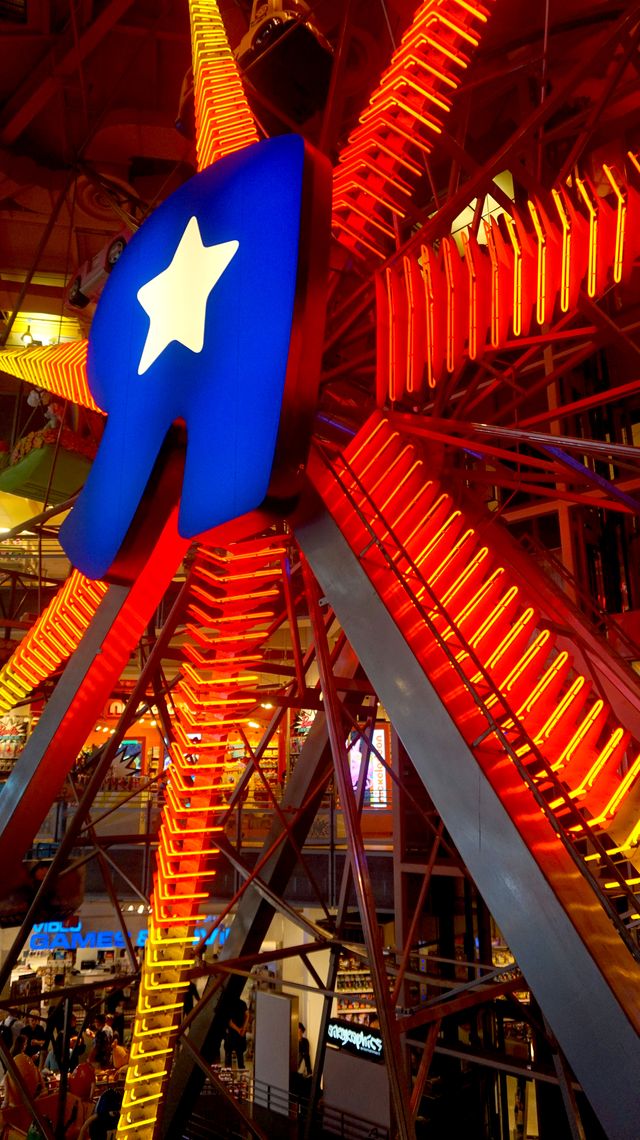 We took a visit to the Toys 'R' Us ferris wheel and then hopped off home to get ready for another night out. We felt rather refreshed after the previous night in and the town was awaiting! And little did we know it would be the craziest night yet! I dressed fairly casual that night with a crop top, choker and high waisted pencil skirt - OK, that's casual for me - and we grabbed a cab to The Delancey, a club that sounded very intriguing in my list of places, and a few people had said it was a fun place. It was wayyyy over in East Village and wasn't too busy at 11pm, plus it was a Wednesday. Only one floor was open and this was definitely a quirky place with lots of students in a dark, pub-style room dancing like cray cray to Spice Girls. At one point a girl we had met took a look at our infamous itinerary and crossed just about everything off our list writing 'NOT CUTE' and 'TOTALLY UNNECESSARY' next to loads of things we had been looking forward to or had been to! These were mostly the chain places but she did knock off Ellen's Stardust Diner and I wish we would have checked it out!

The legendary club 1OAK (stands for One of a Kind, so cool!) got the sign off from everyone and we jumped ship and headed all the way back West to the Meat Packing district. This was after meeting some musicians outside The Delancey who had played at Wireless last year, which really confirmed that everyone you meet in New York is 'somebody' but also really laid back and friendly! We cruised across town in a yellow cab (it never gets old) and got our game plan on. After what had happened on Monday, we had to get into this club! We made a pact to be silent, look aloof but cool, and subtly glide into the club.

We strutted out of the cab, had a milli-second of internal panic of where to queue up as it was just a black doorway in a side street with a square of red carpet and a rope, and took our place in front of the bouncer. He gave a gruff 'wait there' and we stood trying to act really cool and like we weren't nobodies. It dawned on me that there were guys with cameras there and then suddenly a huge black car parked up and out came a seriously skinny, tall girl in a red two piece with cropped, bleach-blonde hair and loads of silver face glitter. IT WAS MILEY CYRUS!!!! Miley. CYRUS! The paparazzi were flashing away and I was dying of excitement inside as she headed into the club with two girls in toe. This was New York!

The bouncer turned to us and I flashed him my ID while showing no facial expression and made a beeline to the door like I was definitely meant to be there. We had got past the bouncer!!!! We both strutted through the doorway and encountered a girl on a high stool holding a clip board. Uh oh. She asked 'Are you on the list?' and it felt like a huge neon Game Over sign was flashing before our faces. In hind sight an option was to look aloof yet as pouty as possible so they felt like A. it would be no trouble to let us join the club and B. we might seem like 'somebody', but I choked out the words 'Um we sent an email' (what is wrong with me?!) and my friend said 'Selina and Sarah...' The girl looked at us for a moment and without looking down said 'OK' and we turned and walked into the club. YES!

Success! This club was crazy from the beginning as it was around 1pm already and it was all low ceilings, chandeliers, huge booths and blue lights. The dance floor and bar were heaving but we joined the crowds and a hand suddenly grabbed my arm. While a man said 'Come to my table' to me, I looked towards my friend who was walking off in another direction with the male models we had met at the club we didn't get into on Monday. Hello! We went straight to their table which I can only describe as being a circle of models around absolutely loads of drinks. It was a total party, and chatting to someone who is so darn beautiful is literally the best. It was quite weird that a number of girls kept approaching the table, saying hey to the models and being handed a drink and walking off, but I guessed that the guys were possibly club promoters. All of this was going on while Miley Cyrus herself was on the opposite side of the room sitting on top of her booth chairs and dancing like crazy. Then they played Can't Stop and gave her a microphone and everyone was singing along with her going insane! The night went super quickly and we didn't even really dance as I was talking to a guy with a jaw chiselled by God, he mentioned oh so casually that Tyson Beckford was might be stopping by later. Tyson bloody Beckford... !!!!!!

It was an awesome night and in the cab home, I was freaking out that these clubs were SO hard to get into and there was SO much to miss out on! It would have been devastating to miss out on a night again and we were slightly scared but even more psyched for the future nights ahead. Of course Can't Stop was now the song of the holiday!