The New York Diary - My week in NYC, Day 7: Ross Geller and The Jane 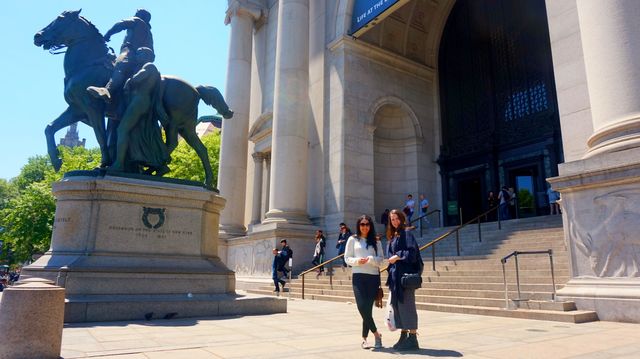 This is almost the last instalment of my New York trip and these posts have been so fun to write! Because I'm typing throughout the day at work, sometimes I don't have the energy to sit and type type type some more in the evening, even though my favourite thing is pouring my thoughts onto the screen. I seize every moment the inspiration strikes though and right about now I am avoiding revising for my driving theory test so its win/win! Oh to be back in New York and waking up each day with only excitement ahead rather than nine hours of work!

So in my last post we had been partying with Miley for real. AAAH! One of my friends had stayed in that night so we regaled her with the stories of the club before setting off for our second to last day in NYC. I forgot to mention that the evening before we had found out that we had to go to a booking office to prebook our spot on the Sex and the City tour, but it was a little too far out of reach and despite running across Manhattan, we missed the 6pm deadline. We vowed to make it the next day as taking the tour was one thing I definitely didn't want to miss, and so we only planned in the American Natural History Museum for this day, and we had also booked a gig to see Prides later. I still have no idea who Prides are but my friend assured us it would be Made In Chelsea-style indie band! We did have a range of guys messaging us each day to hang out again, from the male models from the previous night to the Brooklyn guys to the Yankees guys, plus a host we had lost track of placing, but we never wanted to repeat an event and just carried on meeting new people! 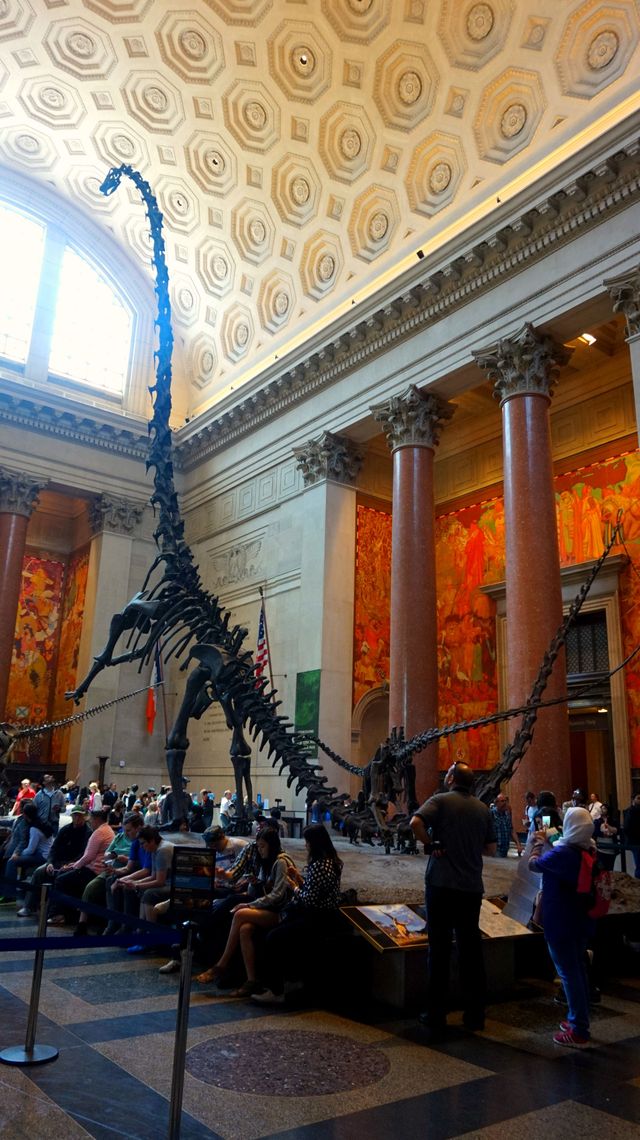 We caught the subway to the museum and used our Explorer passes to get in. We were at first a little confused at just where to begin and nearly joined a walking tour to guide us, but after grabbing a map we decided we could just walk through every single exhibition hall of each of the four floors and it would work out at around three hours. 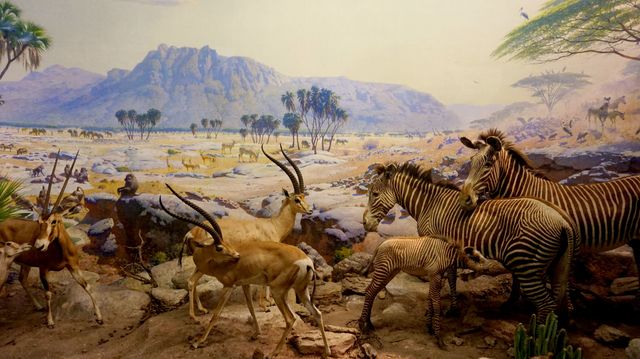 I didn't know what to expect but this is a marvellous place! On a simple scale, it's full of every single stuffed animal you can think of. You work your way through continents and species, and its hard to believe the animals in front of you were once roaming around alive. The photo above looks like a painting but it was a real exhibit with the real animals! Quite surreal. And even the whale below is real! 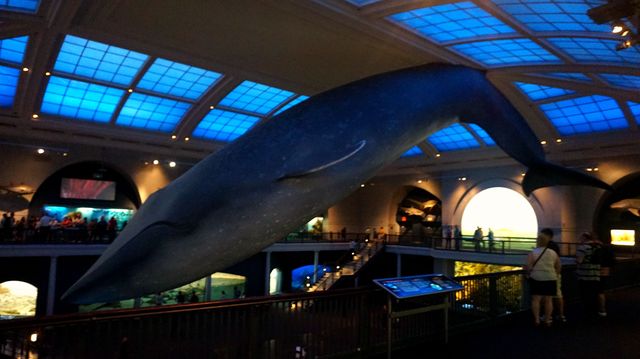 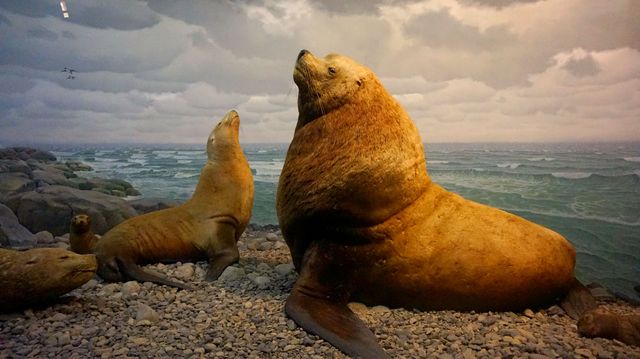 I did have a soft spot for the chubby cutie above! 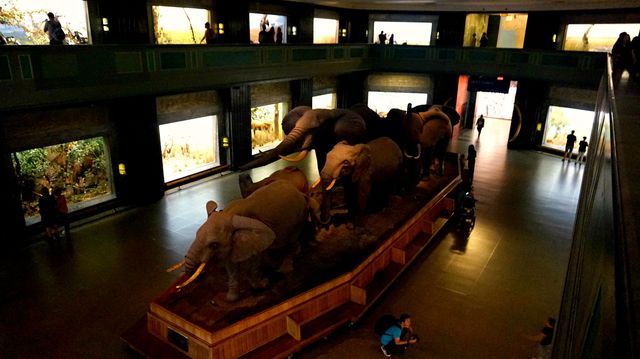 There's also the history of global civilization and an endless array of creatures to discover. The top floor reveals the Ross Geller Mecca of dinosaurs, towering and imposing. 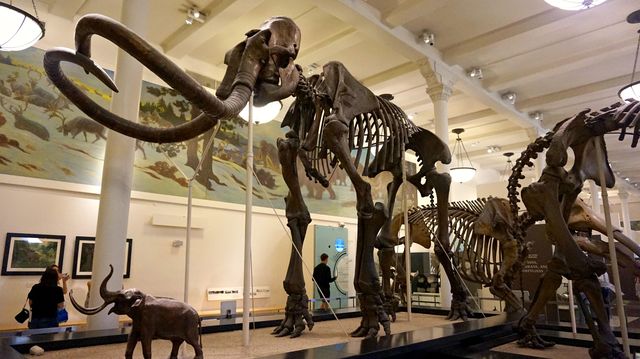 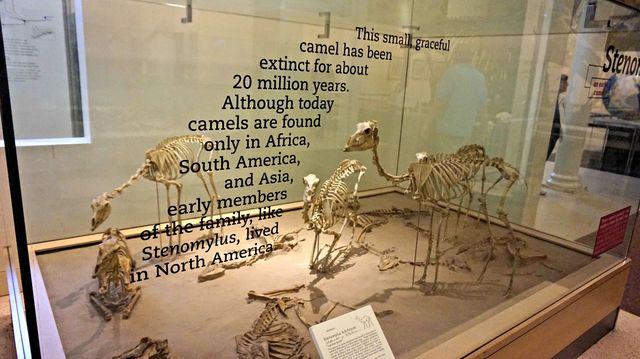 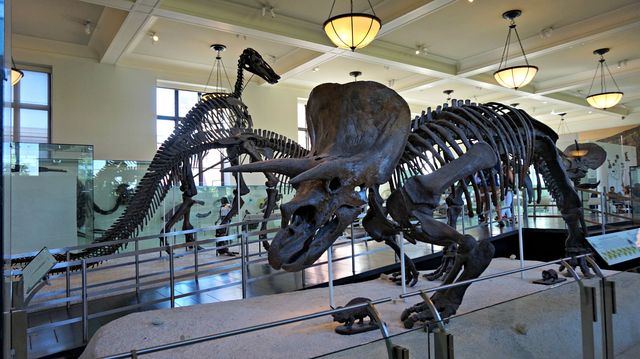 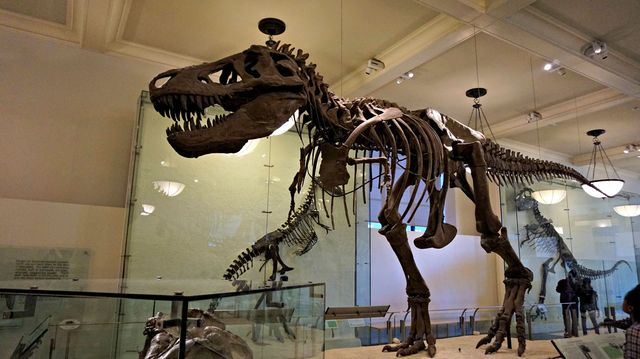 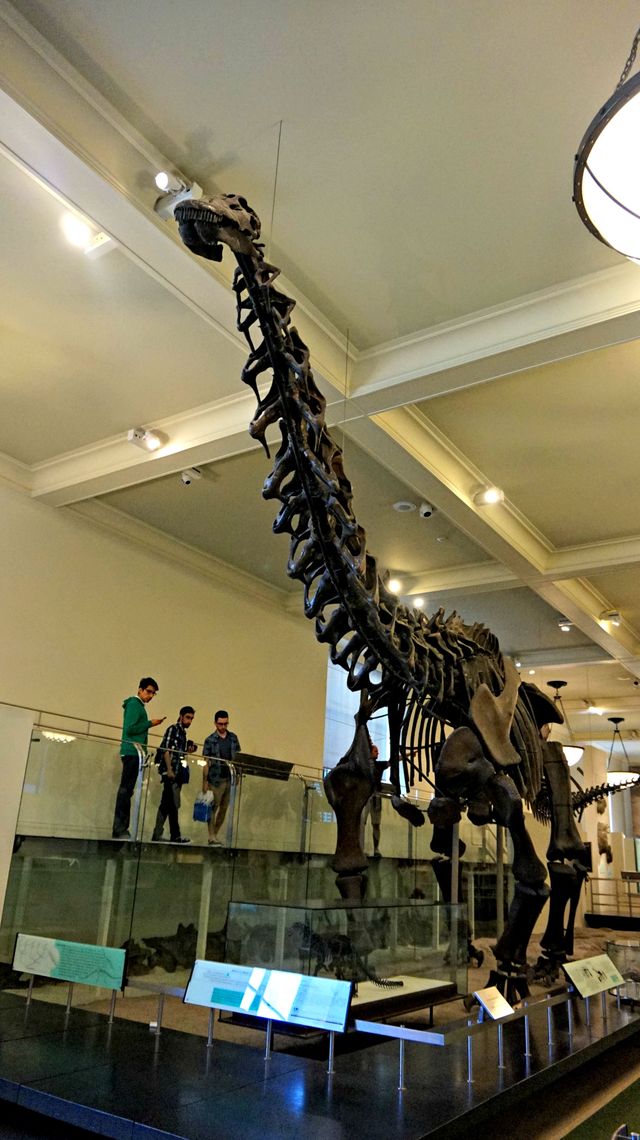 What a sight to see! The natural world certainly give you a fantastic perspective on how the world has evolved to this very day and to each of us. I couldn't think of a better way to spend an afternoon!

This really gave us an amazing high and we even managed to find the On Location Tours office to book in for the SATC tour the next day - eeek! The gal recommended a nearby bar/restaurant for an early dinner called The Liberty and we sipped some fabulous cocktails, although the food was quite salty so I don't think I would recommend it there. 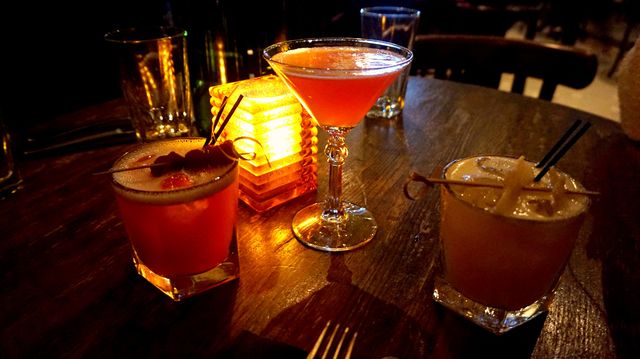 We attempted to shop away our food babies but the bloat was beating us. We hopped back to the hotel to get ready for the gig and worked out we had to leave in around an hour to get there in decent time. That hour turned into an hour and a half and soon is was around 8pm. Then it was 8.30pm and we realised we were going to be very late. By the time we were ready to leave to go find a cab and get across town, there was no way we were making this gig! Damn. It wasn't the end of the world, but who knows what might have happened if we had gone!

We cracked open another drink, got even more dressed up, and walked right out onto Times Square looking like this in my Rihanna x River Island thigh split dress. I felt like a million dollars! I stepped out onto the insanely bustling street to hail a cab and my Carrie Bradshaw dreams all came true in that moment. I also have a hilarious video on my phone of us shouting 'We love you New York!!!' out of a cab haha! One thing to note is that cabs are very reasonably priced and you could get from one side of Manhattan to the other for $20. 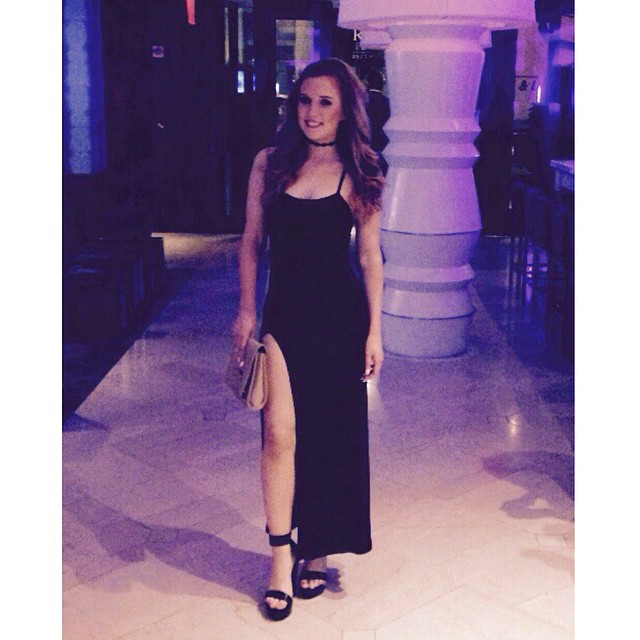 We changed the plans to head straight to a recommendation called Westway. If you like hip hop, this is the place for you! The side street was already electric with the buzz of the cabs pulling up and the music pumping out of the club. We got straight into here as it was more of a casual scene - the guys were in the coolest trainers and it felt like a student vibe - and there were iPads on the walls almost like photobooths, plastic cups of Henny and toilets covered in graffiti. This was SO my kind of place but my friends aren't really into this music, so we didn't stay too long. I didn't mind as I knew anywhere else we would go would be amazing! This night did teeter on the rocks as we did a quick consult of The Itinerary and picked out The Standard - which is THE most exclusive place to be in New York, with two rooftop clubs and the scene of the lift drama between Solange and Jay Z. When we had visited the Gansevoort hotel on night one, you could see The Standard rooftop pulsing with energy from across the skies! We stared up at the insane sky scraper and were ready to walk in, not even knowing if we would get in, only to be told by some passers-by that it was a private party that night. If only then we knew a bouncer saying 'private party' is code for 'I'm not going to let you in', we might have tried our own luck, but instead we started off towards Hotel Chantelle, met some hipsters who told us we were the Spice Girls, and detoured to their recommendation of The Jane.

This was not on The Itinerary so was a gamble, but we thankfully walked straight into the classic hotel and took the lift up to a teeny waiting room on the top floor. Predictably a bouncer asked us if we knew whose party it was, we had no idea, and we weren't allowed in. A few low key English guys happened to be there too and said we were with them (they were some sort of music producers), so we managed to step into the rooftop bar that looked a little like a drawing room, and out onto a brick balcony. It was more of a chatty affair rather than a club and we started talking to some guys who happened to work on Wall Street. And it's not like any of these New York dudes are walking around in suits and ties; just any cool person you talk to happens to spend their 9-5 in a cool NYC job.

These guys showed us there was actually a club on the ground floor where we first walked in! This was almost like a huge hotel lobby with leather sofas and a stage area, but the lights were down and there were a few hundred people dancing on the chairs. This was the best music of the entire trip and the Wall Street guys handed us a bottle of champagne before retiring for the night as they had work in the morning, and we continued dancing into the wee hours! Definitely an unexpected night but one of the very best.