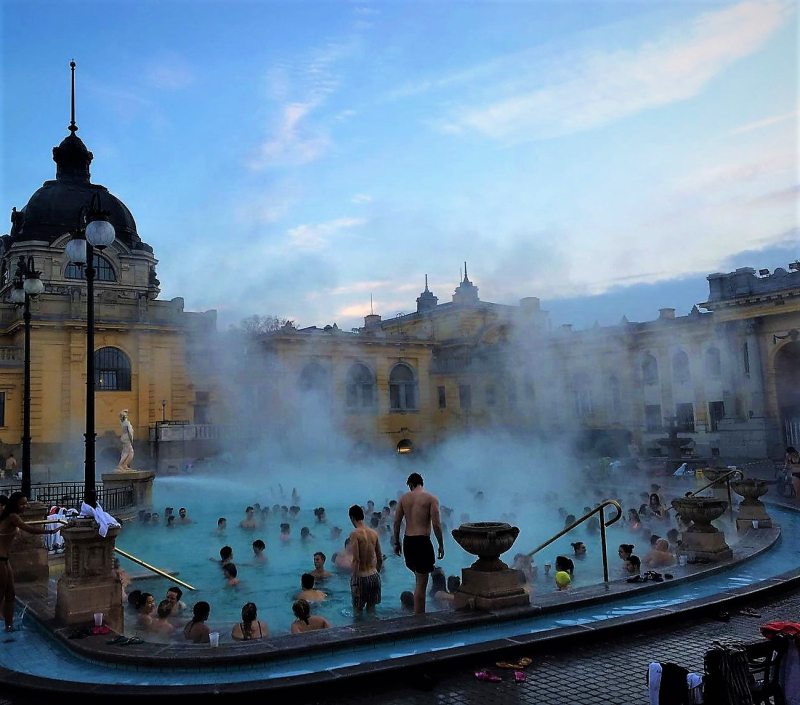 Alas it is the final day of my Budapest trip! I hope I've shown so far how rich with history, fun and charm the city is, all wrapped in a stylish, casual vibe that made us feel completely at home. The apartment continued to be a dream with its spacious rooms and quiet surroundings, and we began the day at our favourite vegan haunt for some much needed stodge after the previous night's 4am finish. 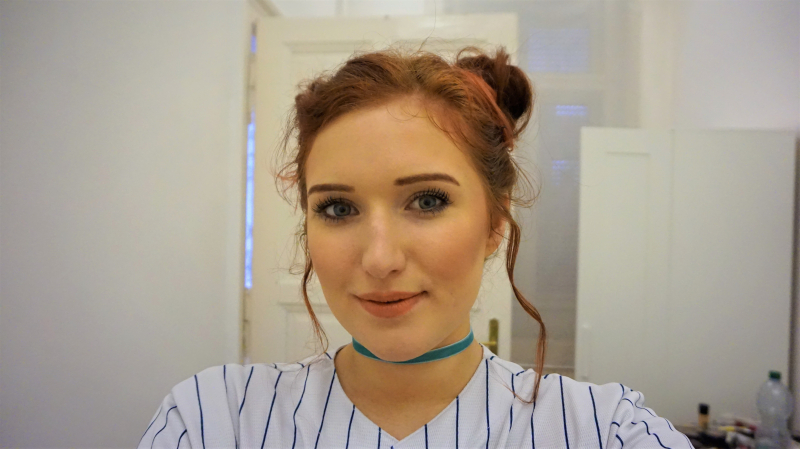 Hair buns secured and a huge plate of ten delicious and different veggie dishes later, we hopped on the metro for a few stops to the Széchenyi Thermal Baths. We'd left this event to our final day as it seemed the most relaxing and effortless! 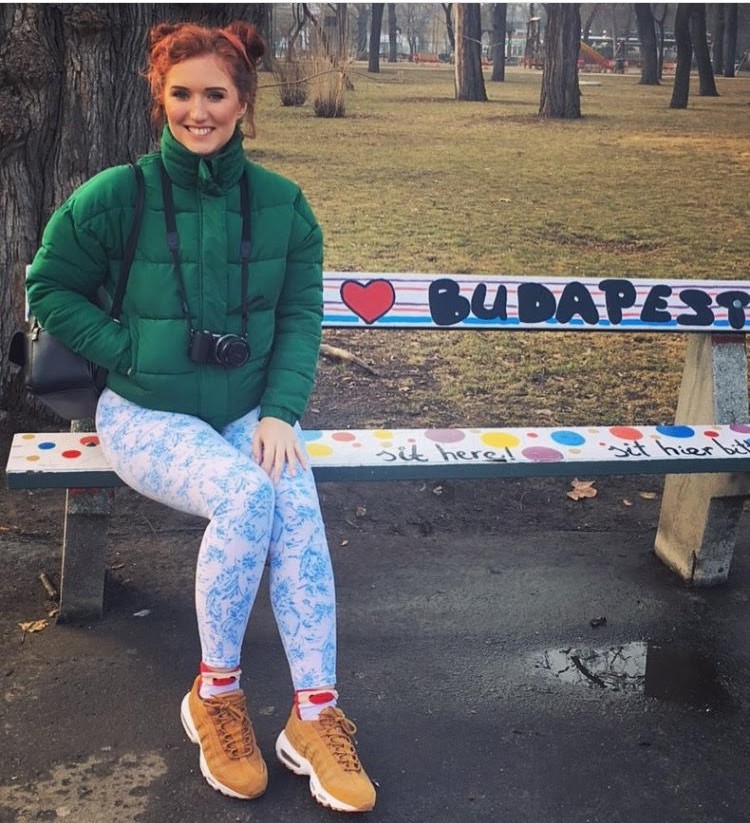 We hadn't booked as it was out of season, which meant we took our own towels and flip flops, and headed into the steamy underground group changing rooms. I'd definitely suggest prebooking a cabin room as it certainly riled up any germophobe tendencies! But soon we were stepping out into the freeeeezing air and plunging into the 25 degree baths.

And it truly was like taking a bath with your mates and a few hundred strangers! I never go swimming and don't even have a bath in my house so being in the water was pretty lush, and we chilled for a few hours. We did jump out to get our cameras for tourist snaps, and diving back into the steamy water was totally satisfying compared to the chilly air! It was Valentine's weekend though so we were mostly surrounded by couples! 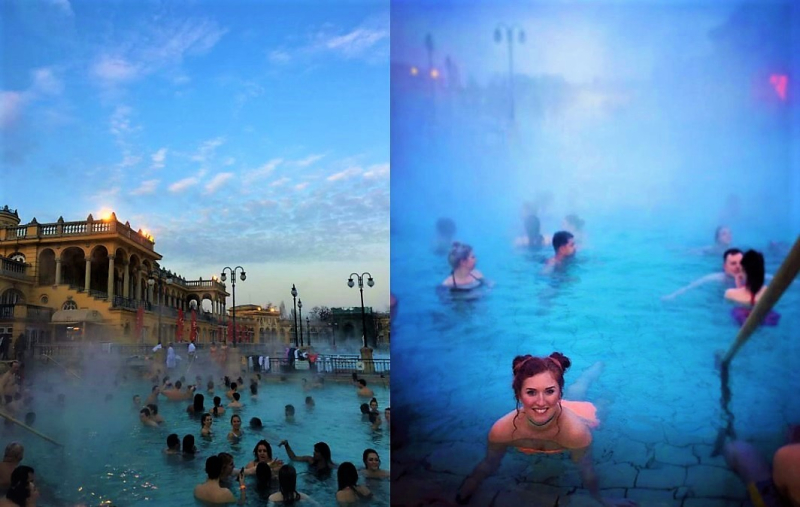 I can see how the night time parties they have at the baths could go totally crazy as sometimes the steam totally fluffed up in the air and you could barely see the person next to you! It was interesting to see a wide range of ages there too and a laid back vibe. 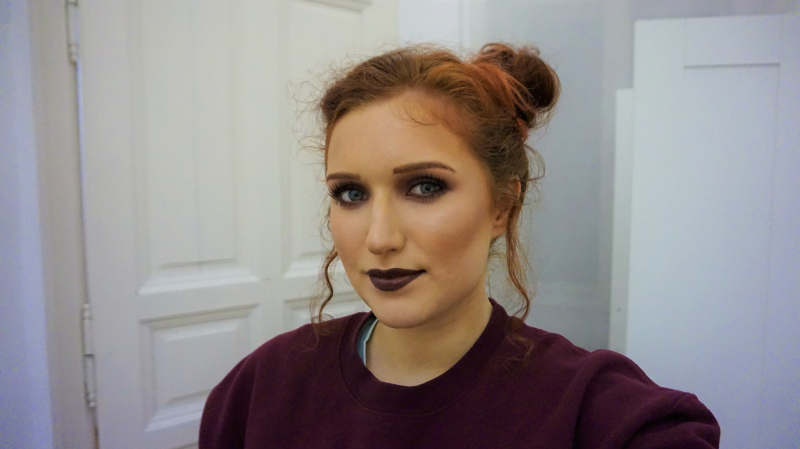 After our day of relaxing, though our skin was so dried out by the cold air and streamy water, we got dressed up again and revisited the most well-known ruin pub, Szimpla Kert. It was a Friday night so it was more of a party atmosphere, and when we pulled up there was a long queue but it decreased quickly and we soon had £1 glasses of wine in hand!

I've recommended Budapest to so many people; it was the best value city break I've ever had and would suit party goers, history buffs or cute couples. I hope you consider visiting soon too!