I woke up in New York - woohoo! Well, I woke up in my cupboard under the stairs but hey, I was back in the city of dreams ready to take on the day. And first on my itinerary was to shop! Covering ground around West Village and Broadway with different stores as my pit stops meant I would totally have a Carrie Bradshaw-style day, and I LOVE shopping alone. Perusing at your leisure and taking as long as you like is my damn happy place.

Getting ready actually look much longer than needed really as it took some guts to use the shared bathrooms. It also took courage to step out into the quiet West Village and be in NYC. I can't explain it - maybe I was shy! I did feel super self-conscious as I strutted out of the hotel after making sure my bag was packed with my essentials, my makeup was just so, and I'd locked my room properly. The streets really were quiet and still as I walked past huge brownstones.

My first destination was actually Carrie Bradshaw's apartment! Like a pilgrimage, I felt I needed to spend a few moments in the setting of the show that totally inspired this trip, and gain a little positive energy from an iconic spot. There was literally no one there while I vlogged near the stoop, and nearby are the Friend's apartments too! Sadly Central Perk isn't at the base but as I was taking a snap, a fire alarm started going off and a chain of the cutest little toddlers came out of a building, all holding hands. After that adorable encounter I headed for some fuel. Honestly I was still overwhelmed by this entire situation and stepping into the uber cool Jack's Wife Freda was like I was in a hipster dream. I took a seat at the counter as I wasn't quiet ready to sit by myself in a cafe of chatty tables, and ordered a tea. The 'singles at the counter' is quite the US phenomenon as the other solo diners next to you tuck into their eggs and flick through their papers. As I was perusing the menu, a young guy sat next to me and randomly asked if they served alcohol. Then turned to me exclaiming he's seen me on the street and started to chat me up! He looked around 19 so I made small talk and then said I was leaving the next day. After I waved him on his way, the barista and a gent dining adjacent to us were asking if I knew the guy, and it was just one of those bizarre situations that proved I was rather far away from home and who knows what was still to come! 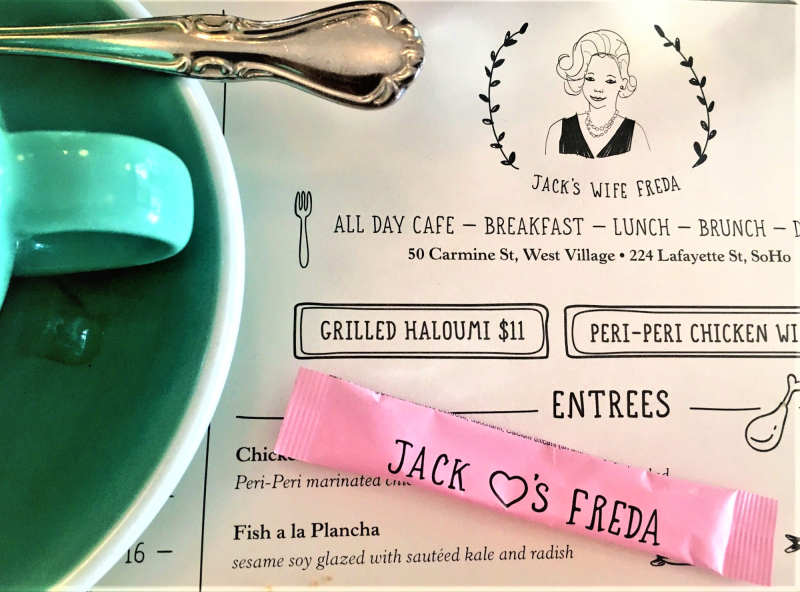 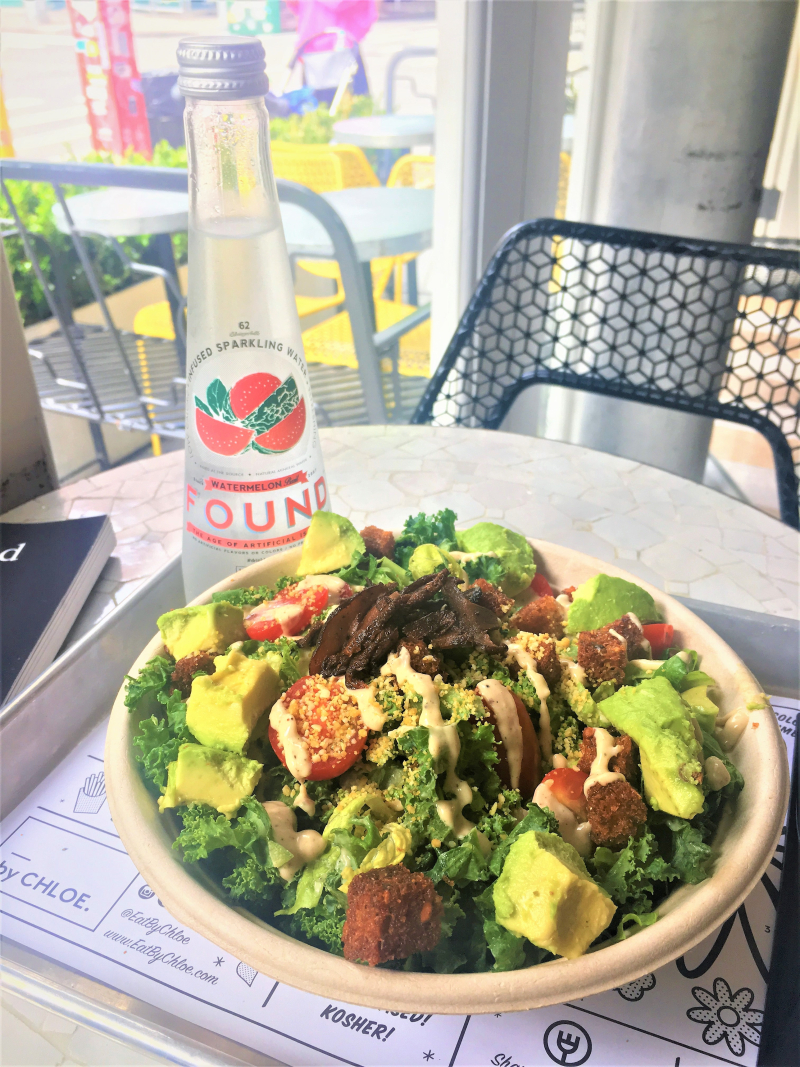 I chose a window seat for ultimate people watching and absolutely devoured this mix of soft kate, avocado, maple croutons, shitake bacon, almond parmesan and caesar dressing. The entire menu is vegan and natural and just delicious. I hear it's opening in London and I can't wait! I'll need to take a trip.

Overjoyed with my brunch, I continued towards Broadway and hit the shops! Urban Outfitters, Victoria Secret, Nike, Forever 21, basically every shop I came across I browsed and they really were so quiet on this Thursday! This led me nicely towards the Glossier showroom, which means the rather strange exeperience of checking in with a modelesque door lady and taking a basic elevator up to the level that opens right into a small room with products dotted around. 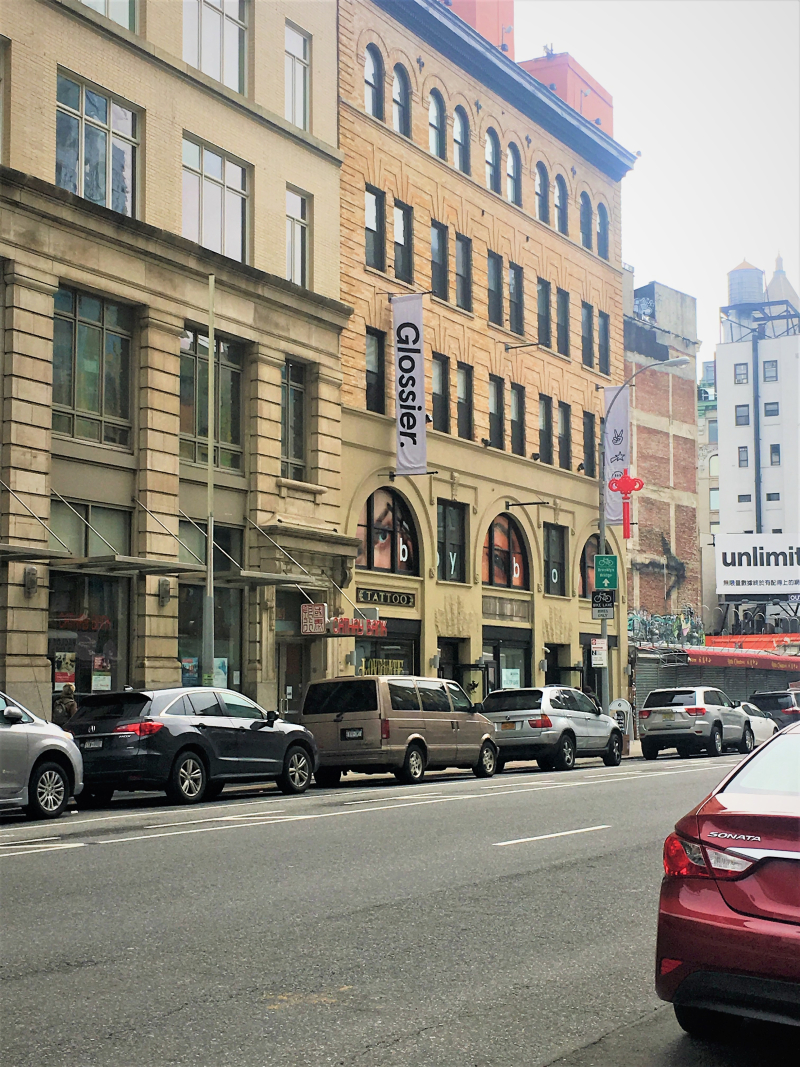 It was quite busy with mums & prams, or student typed swatching the samples on show. I wasn't in the market for any makeup but I purchased a few skincare bits, packed nicly into those pink bubble wrapped ip lock pouches. It's really fun to be British in New York as everyone you speak to will have a friendly chat and Ireally savoured those moments talking with makeup artists and store assistants as I guess I wasn't talking to anyone else! 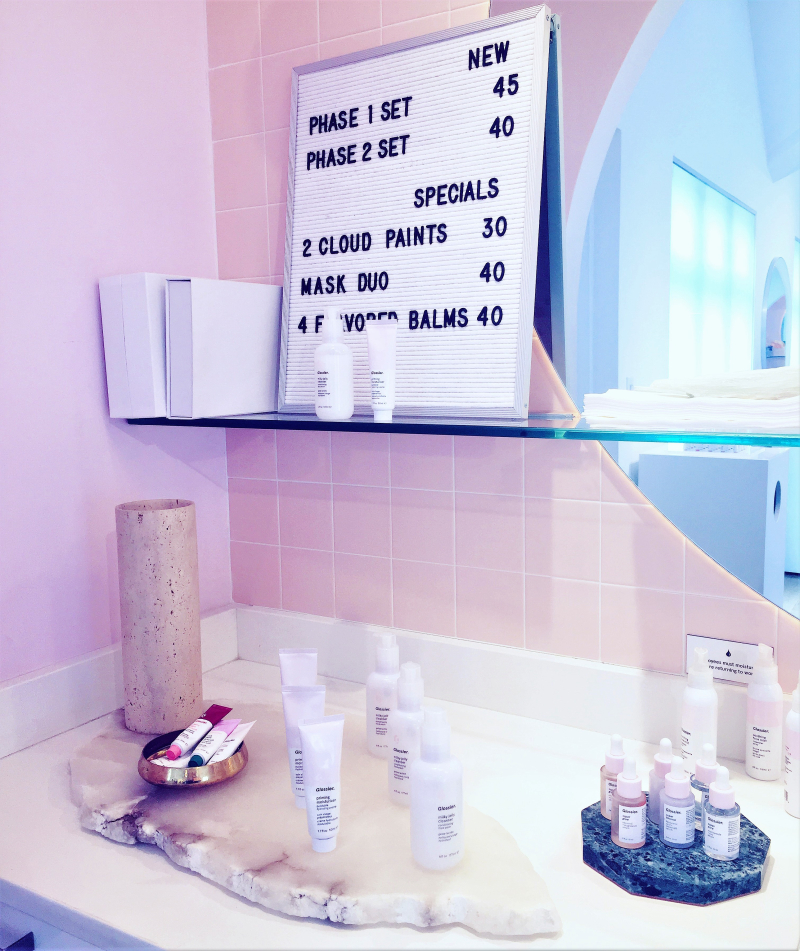 My wanderings took me towards high-end stores and I dared to step into Miu Miu and admired the bags. I was so up for buying one but I'd rather do a little more research so after trying on a few in the mirror, I told the sales lady that I just needed to get my 'boyfriend' in the shop next door, hahaha! Instead of collecting my imaginary bae, I took a cab up to Blo Blow Dry Bar for, you guessed it, a blow dry! I soon realised that spending the hours it takes to sort my own hair was wasted time, and the communal bathrooms at my hotel only warranted minimal time spent using the shared facilities.

This was one of the best decisions I made because the salon was the perfect osmpoloitan escape from the city and my stylist Nathan was a ray of sunshine! A testemony to all of the fantastic people you can meet in NYC, we spent the time discussing his move from LA, his celebrity clients (Hillary Clinton's daughter!), New York life, and he even took a snap for me. 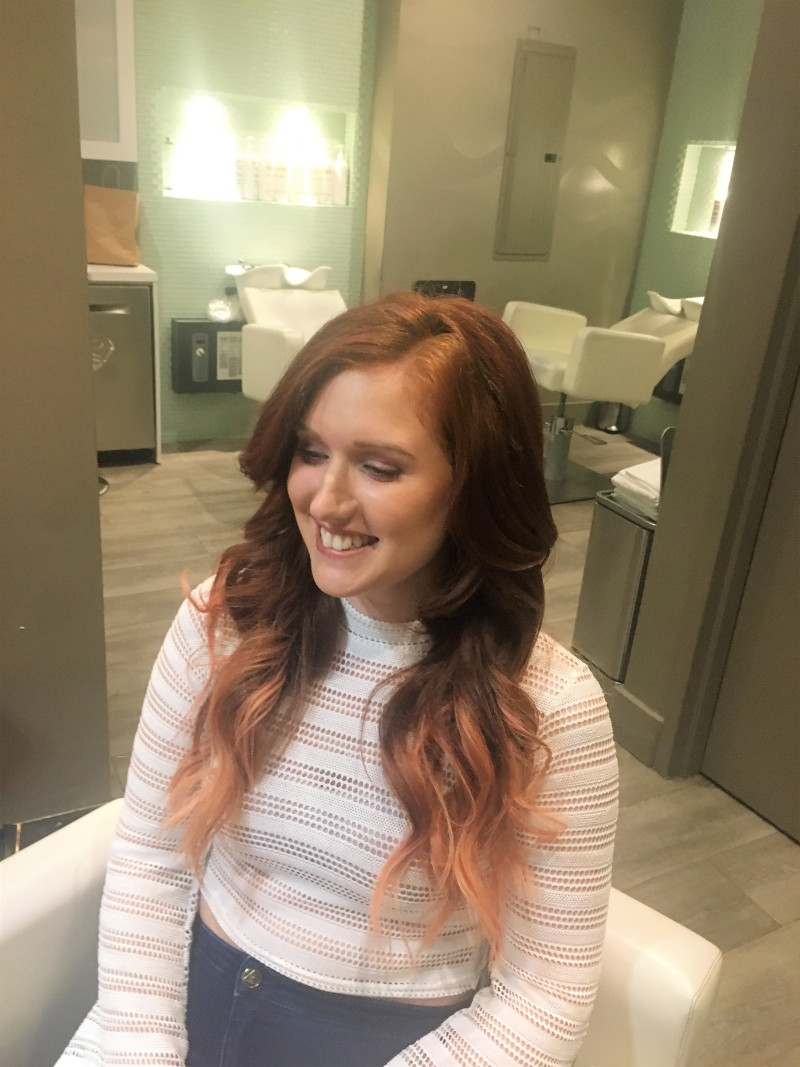 He was so enthusiastic and kind that I left not only with an awesome blow dry but feeling like I'd made an actual friend. Despite loving my own company and travelling across the world by myself, having that genuine connection on your level made a huge difference in my day.

Hair refreshed, I visited Dough for, you guessed it again, doughnuts, Bath & Body Works for Colgate whitening strips, various Maybelline and LO'real products you can't find here, and loads of snacks as gifts. I'd walked miles and miles by now and it was time to head back to The Jane, grabbing a few HUGE and competely delicious pizza slices on my way home.

I was doing fairly well on the jet lag front as on Thursdays, The Jane hosts the party that I had originally attended two years prior. I got ready and chilled out until a New York friend arrived, and it was rather fun to step into the elevator from my room and land in the club! If I was visiting with friends, it would be super handy to have it as a pre-drinks or all-night party on your doorstep every weekend to make the most of every evening. The old school hip hop and dancing on plush arm chairs or tables was the scene I remembered fondly and we partied for a few hours before I popped back up to my dorm!