A City Break in Malaga, Spain 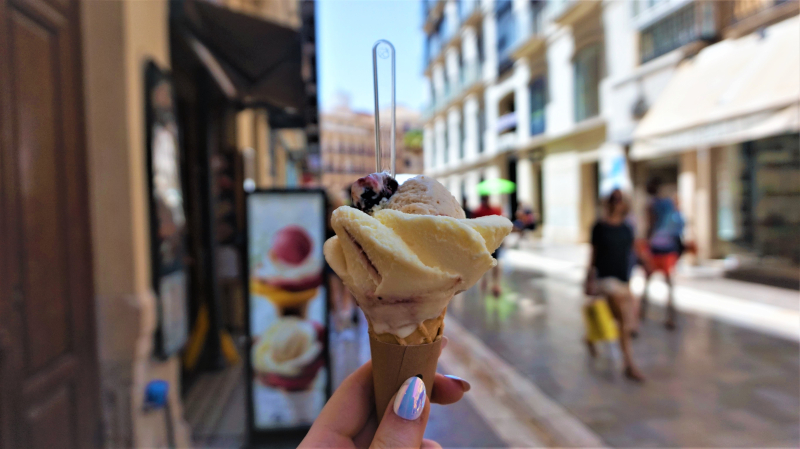 Take a peek at my Ibiza series and there will be the standout theme of embracing beach holidays for the very first time. For years I just didn't see the pull of bikini shopping, hours of sun lounging, or copious amounts of sun cream. I was much more excited to pack a full makeup bag and step into a buzzing city. However, Ibiza offered such an incredible mix of relaxation and vibrancy that I realised a beach break doesn't have to mean watered-down cocktails by the pool day after day.

When planning destinations for an August break with two old friends, there weren't many European cities left to choose from! Certain destinations may have been overrun with tourists or couples, and a package break led into that Brits abroad territory that we wanted to avoid. Since our ultimate New York trip of 2015, we know our perfect holiday mix means hitting attractions in the day and lively party spots by night, mingling with locals while also spending that quality time together. After much Sky Scanner browsing, Malaga jumped out for the local beaches, the city vibe and cheap flights straight from BHX. Sorted! 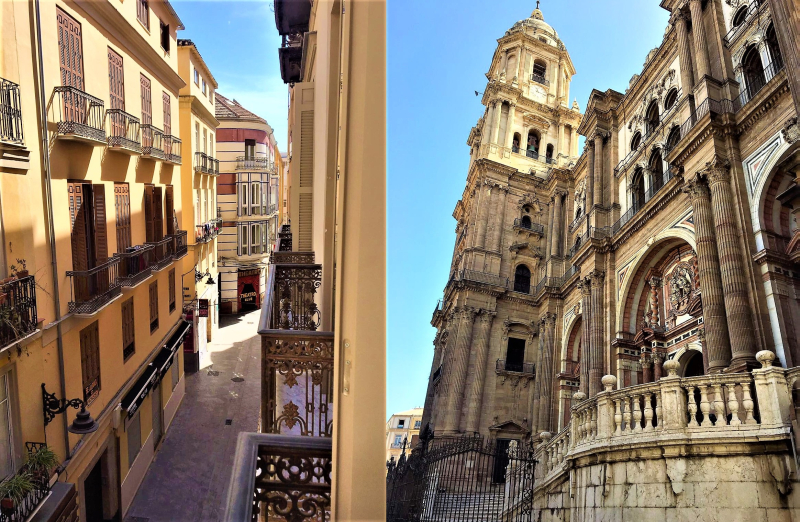 A great apartment bargain was secured and soon we were jetting off with cases full of cozzies. We were shown around our apartment by a teenage boy but were very pleased with the two bathrooms and spacious living area, plus French window balconies that opened out above a colourful side street. I love the still vibe that heat can give a city as Malaga is bustling yet chilled.

The first night of a trip is always awkward as you get your bearings and inevitably end up falling into a tourist restaurant with laminated menus. We only had a few cocktails outside at a small bar, enjoying the fact that we were dressed up and drinking on a school night, the Out of Office firmly on!

Our plans on the first day were to do all of the cultural tours so we could then relax for the rest of the holiday. We visited the beautiful Catedral de Malaga and took the trip to the very top to look out across the entire city, and then trooped up the steep hills right to the top of Castillo Gibralfaro, stopping at the pretty gardens along the way. There are awesome views here and a great excuse to work up an appetite before sampling local tapas dishes at the restaurants dotted around the castle walls. It was so hot that I didn't realise my only option was to completely cover up, so I bought a shawl and draped that over my shoulders so the sun couldn't get me! I'll remember for future holidays that it's just not an option for me to swan around in the sun's rays. 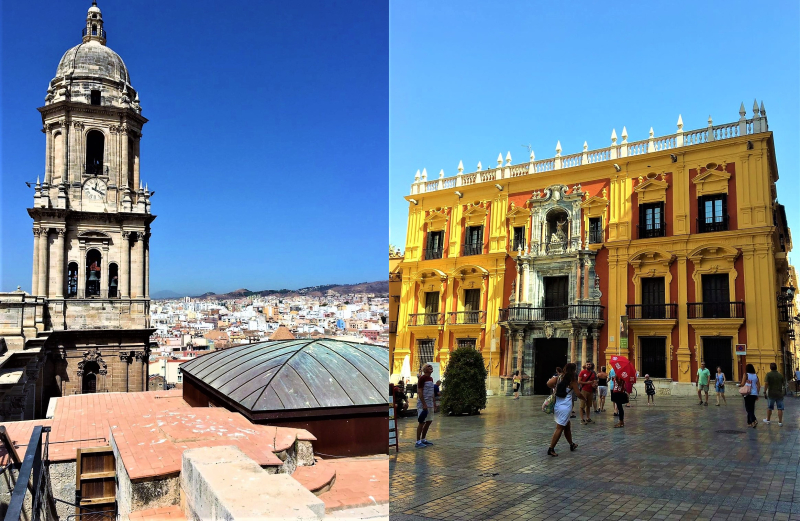 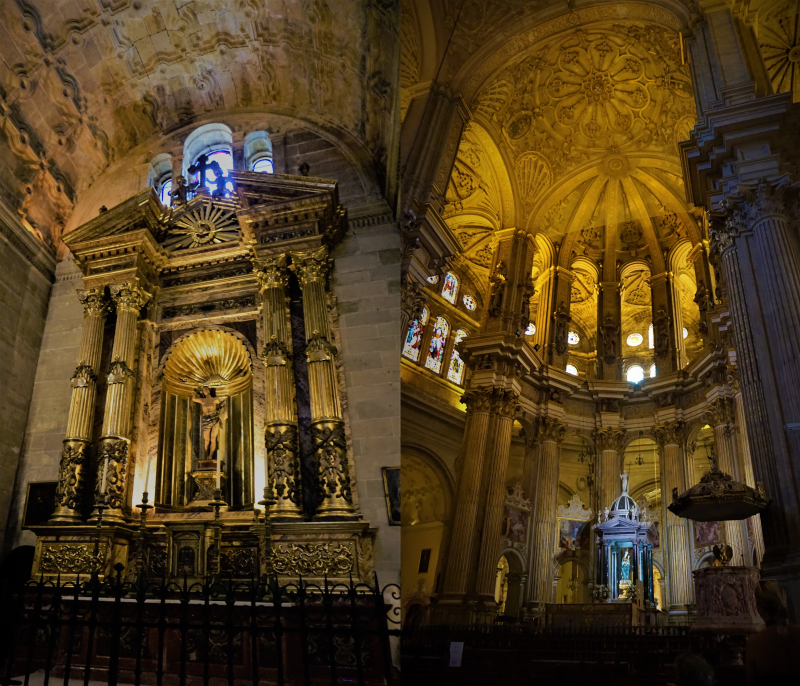 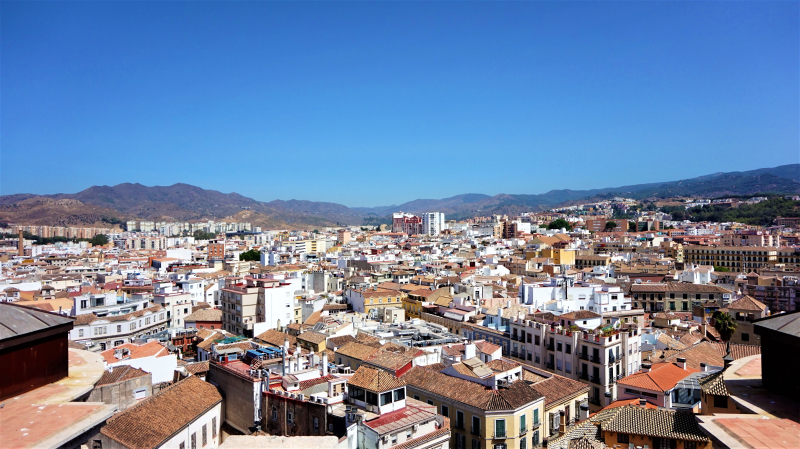 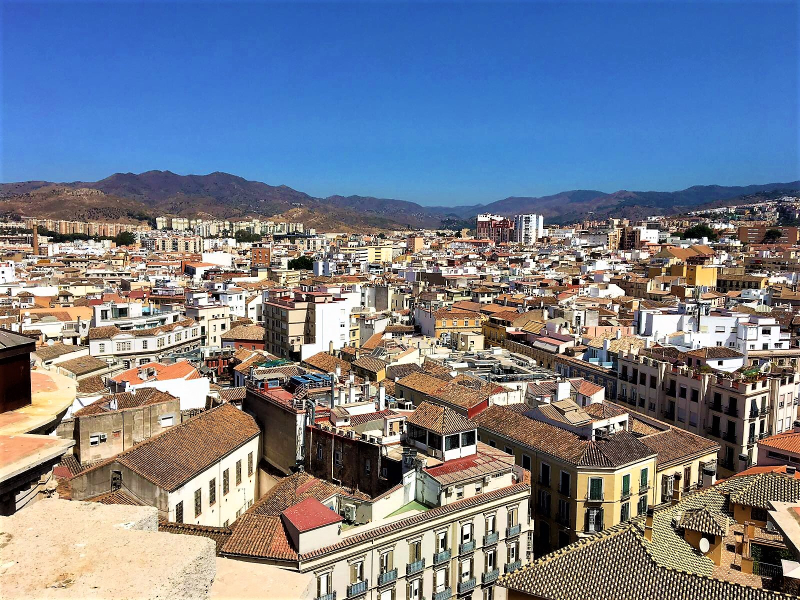 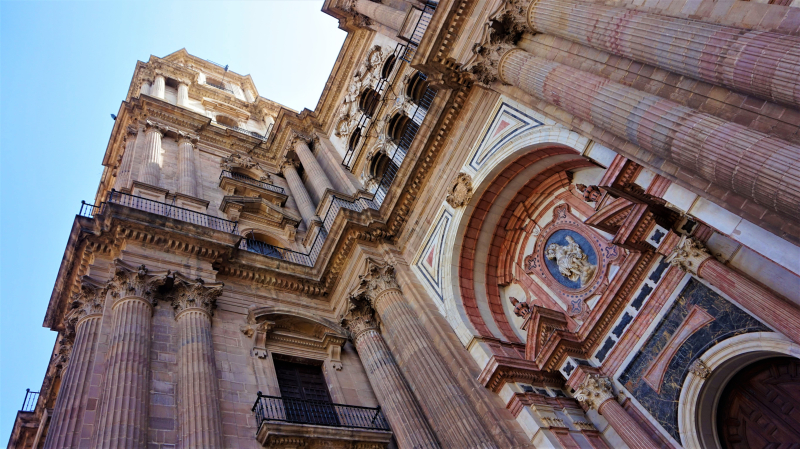 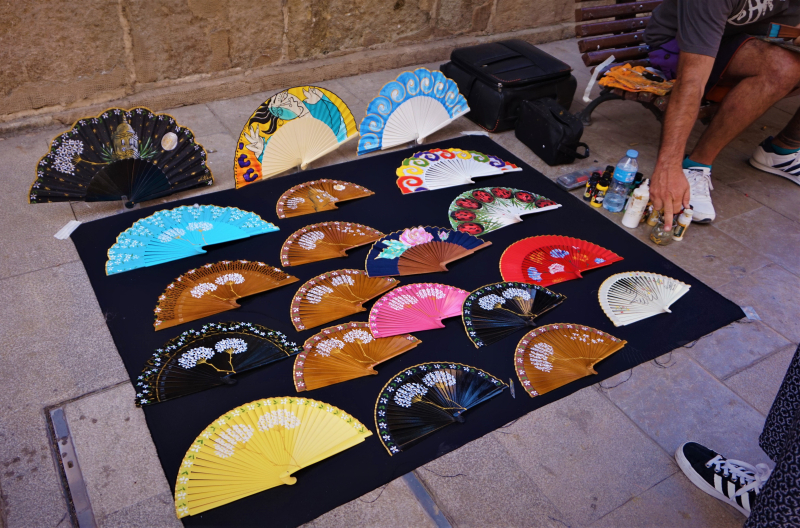 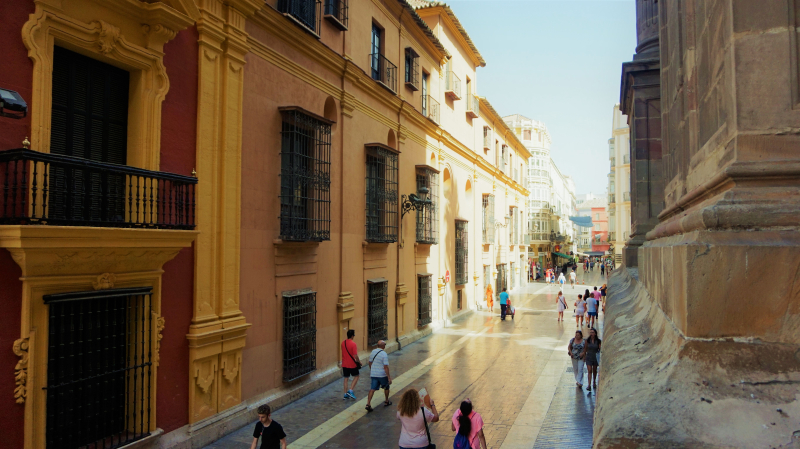 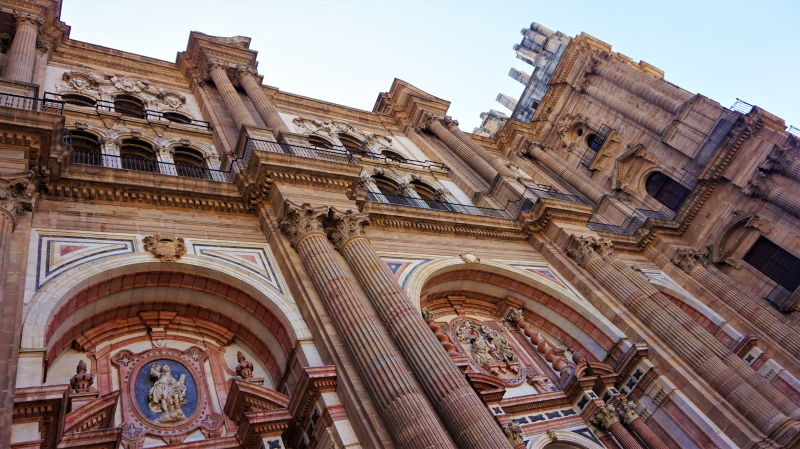 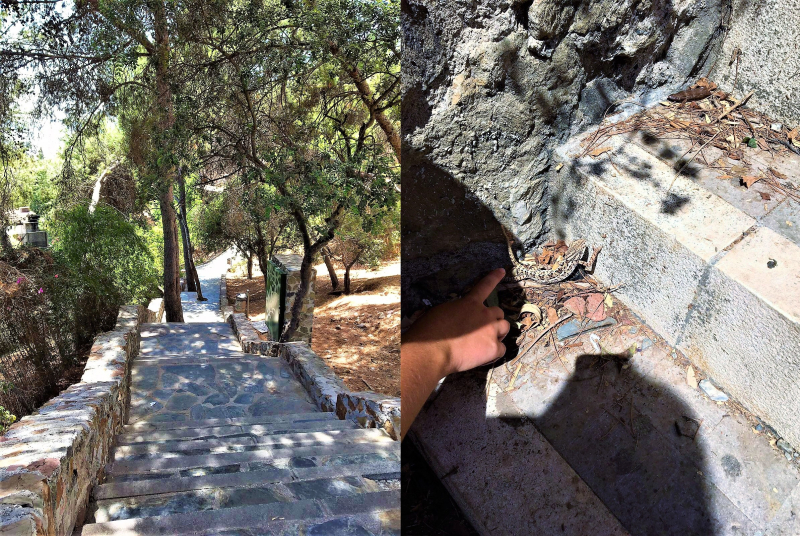 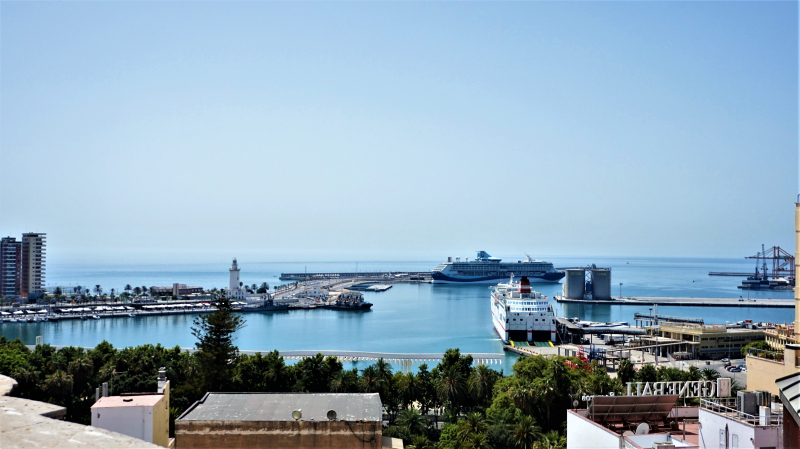 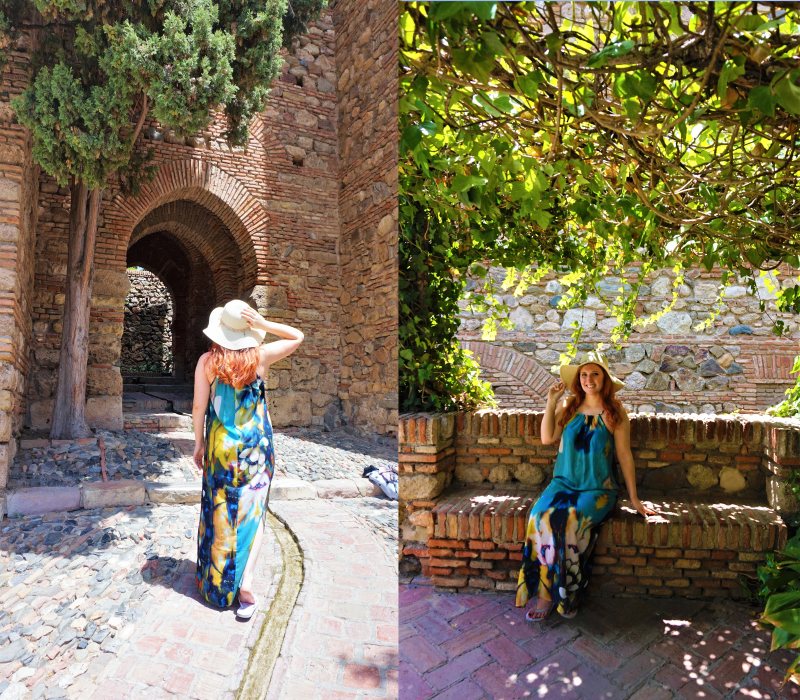 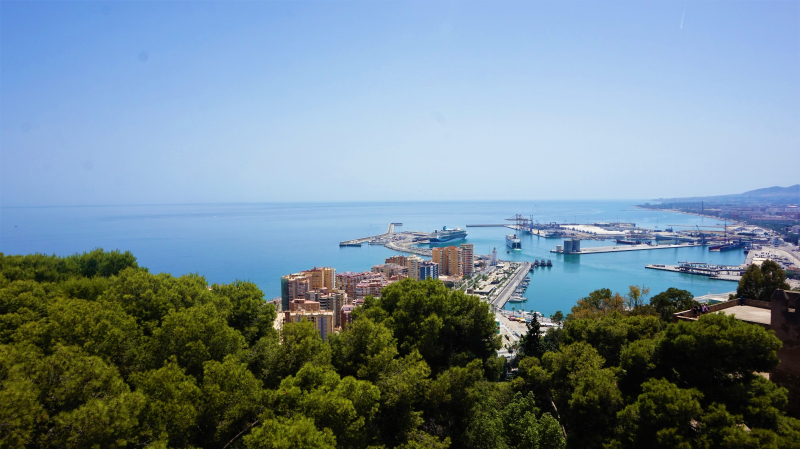 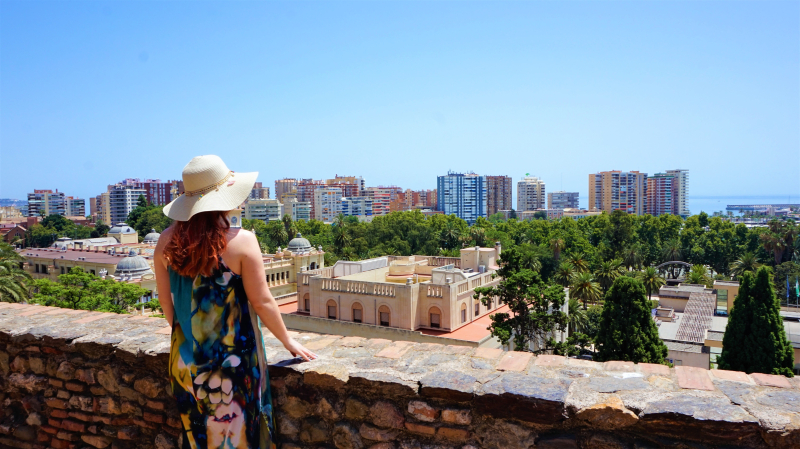 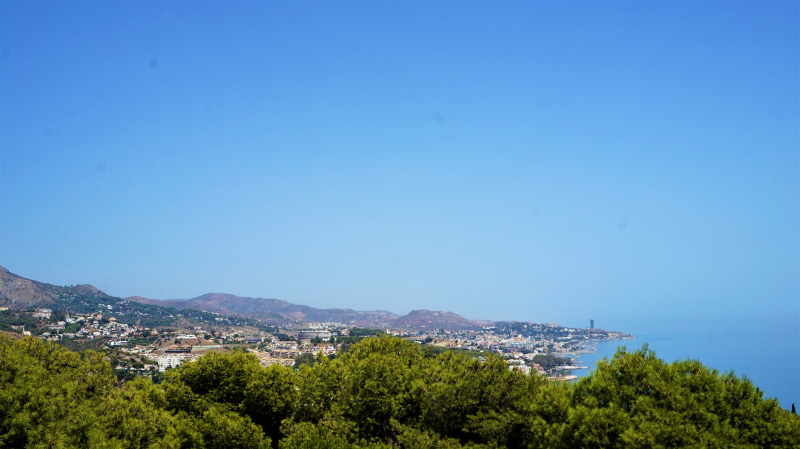 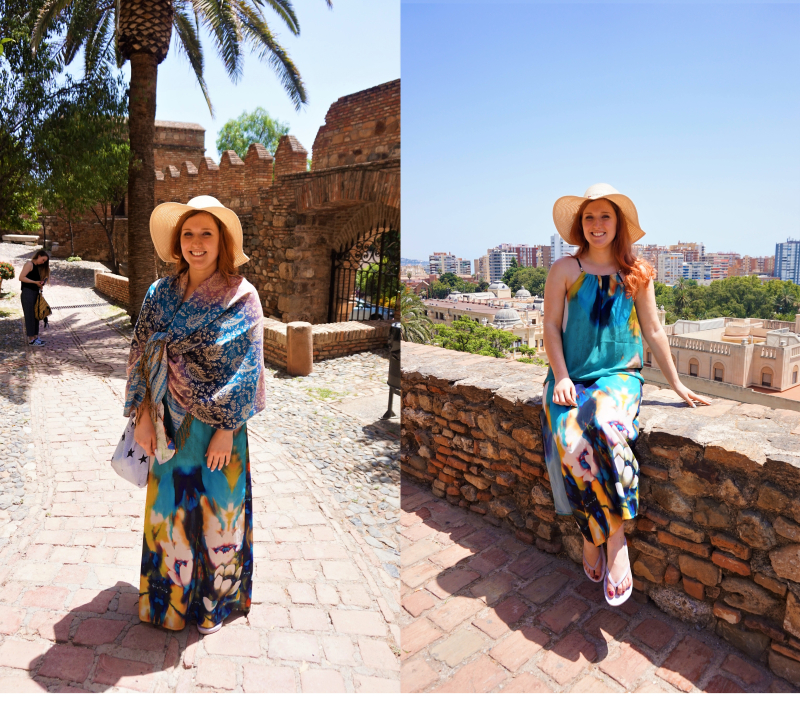 We stopped by a local supermarket and enjoyed that precious time in the early evening where you shower, snack and slowly start getting ready. The apartment has a smart TV so we watched about 30 episodes of Friends this holiday! I gave my friends a full contour and highlight lesson in the bathroom - the highlight being that I asked them to 'lay out their kit' and each turned up to the bathroom mirror brandishing one brush and one bronzer - and we headed off to ZZ Pub on foot, as we were so central that we didn't need to grab a taxi anywhere! That coupled with it being so warm really added to the chilled vibe. There was live music on that night so we danced to a rock rendition of Proud Mary and then continued on to a different bar that I have completely forgotten the name of, though I think it cost 50 cents to use the toilets!

The next day was beach time and we took the 20 minute walk through the city, stopping off at a few shops in the centre to stock up on loads of makeup for that night's second lesson! I'd been warned that Malaga beach has some seriously scorching sand, and we literally hot-footed it over to hire an umbrella and set up camp with our books. My beach holiday mind is changed because it was so lush to feel so warm and relaxed with a perfectly trashy read (Paige Toon's The Longest Holiday, FYI). We cooled off in the cool sea, daring each other to go far enough for your feet not to touch the seabed, and came home totally chilled out and feeling accomplished, despite not actually doing anything all day! 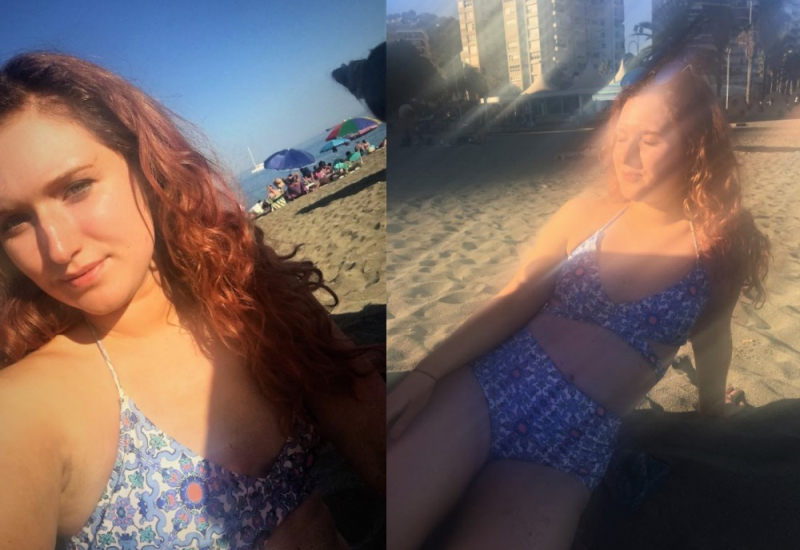 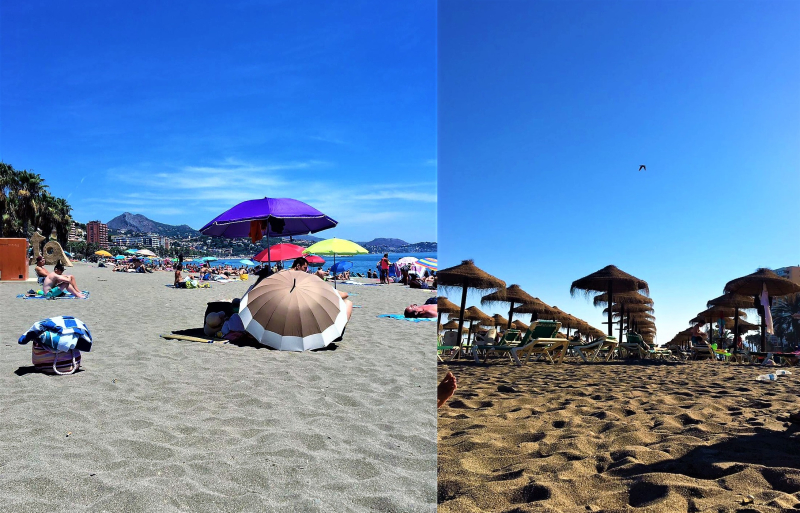 That night we didn't actually leave the apartment until around 2am because when our balcony doors were open, the street outside was so lively and packed that we felt like we were already at the party! We made cocktails and gossiped, then headed literally three steps to the local club that was suitably cheesy. We went to another nearby bar too but it was actually my birthday once the clock struck midnight and for some reason, my birthday puts me in a super low mood! Am I the only person that feels super uneasy on their birthday? 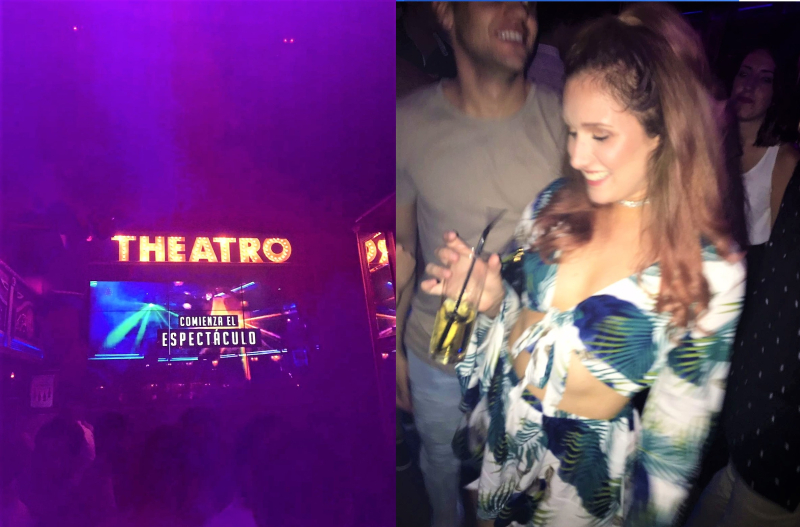 My birthday was equally as chilled though as we lolled on the beach again and had loads of ice cream in the town. Another night of a 5 hour getting ready to go out-out marathon ensued and we once again checked out the local bars, before spending the next few days relaxing after our dawn-til-dusk partying by visiting other local beaches by train further along the coast. Malaga beach has the traffic and city just behind you, whereas further towards Marbella hosts stretches of sand and cool beach bars with epic fruit smoothies. We did take out a pedalo but my fear of deep water coupled with all of our valuables being on the creaky, lurching boat too made me say mayday and literally make a break for the shore! I'm much more at home on the sun lounger with my book and just the sound of the waves in my ears. We also hit the marina/port area at night to dine outside with plenty of sangria. 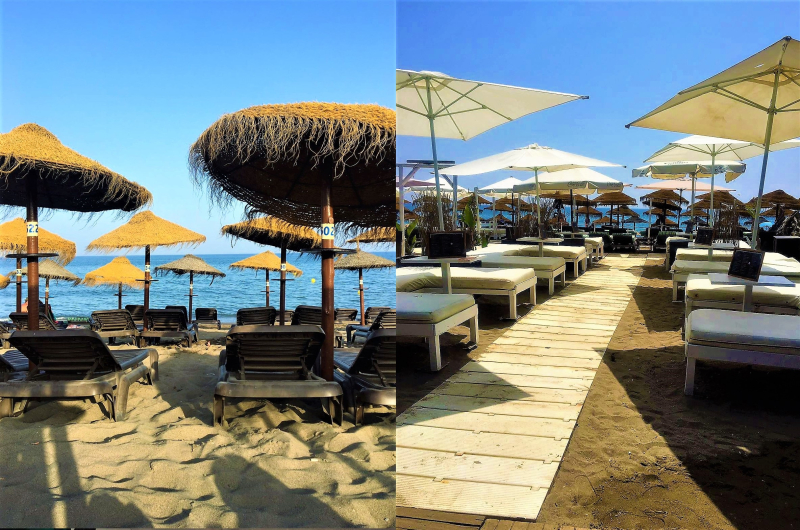 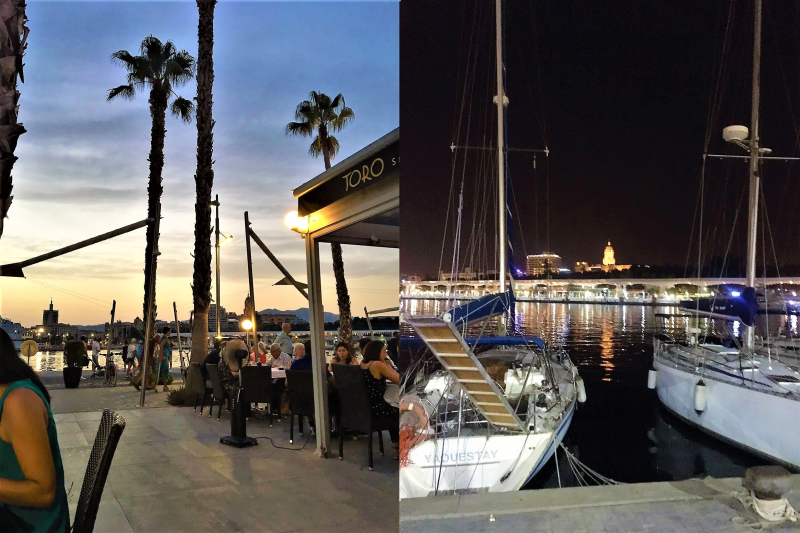 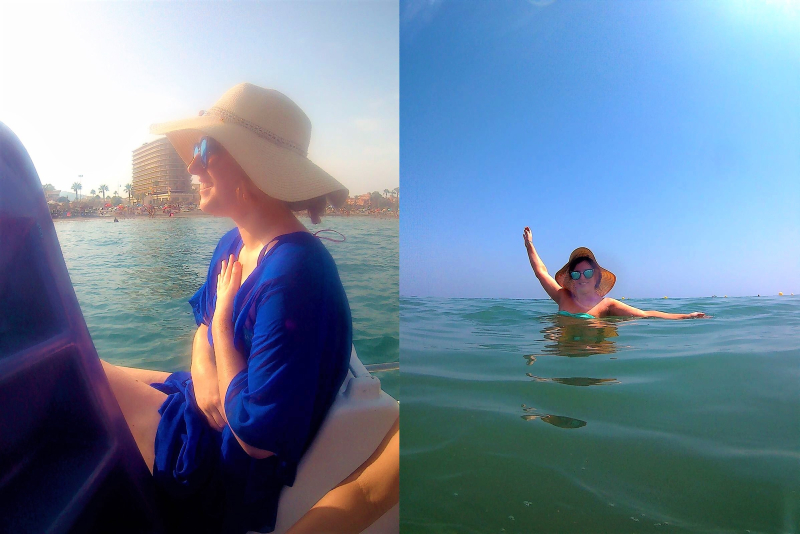 While we went to Malaga for a party break, I'd definitely recommend staying further out and just visiting the city in the daytime if you'd prefer the majority of your holiday to be a beach break. If you're looking for a fun trip with a dose of culture and beach time too, I'd say Malaga is the perfect cheaper alternative to Barcelona. Enjoy